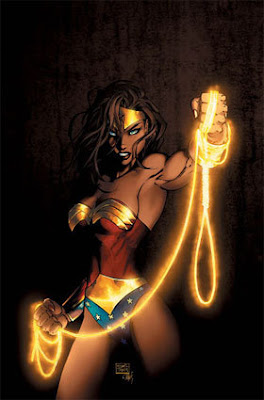 The meeting with the pianist was awesome. We (I) certainly still have a long way to go, but there was an immense reward in having a class fully devoted to repertoire skills. Raw musicianship, the kind of ability that pays off not just on the long haul, but progressively more and more as I continue on this path.

People have noticed and commented on my absence from the Book of Crossroads for the past months. Naturally, the main reason for the Silence is that I haven't really had the heart to whine helplessly all the time, and I could not see any stories going on that deserved sharing and recording. But also, I have been involved in a couple of projects that have been taking a lot of time, and rewarding me handsomely.

First, there is Starhawk's book 'Twelve Wild Swans'. Even though I could write extensively on the bias and poorly supported political stands of both authors, especially the co-writer Hilary Valentine (who clearly and outrageously manipulates language in a disgustingly sexist way), the tools, tried and tested for decades in their community, is a precious gift, and a very generous one. More and more, Witchcraft and Pagan literature grows bent, and heaps of books are published every year not to inform, but to advertise strictly-for-profit workshops and training programmes, and in the end they are little more than a scandalous waste of paper, ink and marketing science. "Twelve Wild Swans", on the other hand, is sincere, well-grounded and very complete in itself. It is a book you read, re-read, work with for several rounds and are left with a feeling of having gained something tangible and real. Something to call yours. Not Faery gold, but something that lingers, germinates and that you can carry on to share with people. The kind of seed that grows into a whole orchard. Here, the signature isn't larger than the picture. Even though the Reclaiming signature distracts you several times, it still respects you enough to offer something together with the signature, not just the signature itself for almost twenty dollars.

Also, I have been wasting an awful lot of time with an online game in Facebook called "My Heroes Ability". There is certainly something ageless and very appealing in superpowers and superheroes, especially for young gay men like myself, but this game not just allows you to have powers, it also lets you negotiate them, gang up and join a superteam, exchange superfavours (which we call buffs), and go on quests and missions together (or on your own).

There is certainly a reason why all cultures play games, and two of them are to improve your self-awareness, understand your strengths and spot your weaknesses before your enemies do; also, it helps you train and experience skills and cognitive possibilities you might not have the chance to practice in a "real-life" environment, polluted with expectations, charges and fear. My Heroes Ability has given me a quite rare opportunity to rethink and try out character shapes and movements by rehearsing them with Teleportation, Time Manipulation, Psionic skills and Flight.

I got to create and run the gay supergroup within the immense game community, the Lavender Society. In the capacity of Leader, I have honed my skills of service, protection, pride and humility. The group, the 16th largest within the game, comprises about 530 official members to date, plus honorary members who get to participate in discussions from time to time. In a scenario like that, you learn how fucking much you can offer your community and how important a community is for your own independence and self-reliance.

As an individual hero, it is amazing how many skills lie dormant within us. Superconfidence, mining for camaraderie, rethinking your habits and personal policies, fitting into a larger whole, outgrowing smallminded politics and gently brewing new talents that open new doors are all wonderful explorations I have been keeping myself busy with lately. Priceless.

Watching others in the game, I've seen actual heros without any superpowers offline shapeshift and overcome all kinds of personal, social and cultural issues within months. They (We) have developped strength, speed and mind powers that although not superhuman yet, are certainly what we humans were meant to feature before something got in the way.

Now, after being bitten by the radioactive spider, getting struck with Cosmic Rays and having awakened the X-Gene, I come back to my old, non-super power: Writing the whole extension of my boundless Spirit out.

Image: The Magic Lasso of Truth and its bearer, DC's superhero Wonder Woman.

Glad to see ya here. Swans are sacred to elves, too. Ever see your neighbor Ben Fairhall's likewise prolific output? He's at http://the-daily-behemoth.blogspot.com (although it turns to The Lazy Behemoth bekawz, despite the depth of his sleuthing, I think that he STILL duzzint think his output is enough! LOL!) ... maybe I should start writing for all the world, too.