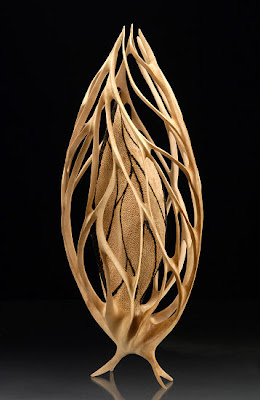 Almost one year later, I'm back to that awful situation most people go through from time to time: job hunting. The general feeling is one I'm probably too used to, to not let it let me down anymore. But the intensity of the feelings of confusion and an overwhelming amount of dead-ends I've been facing lately, although not new, are certainly stronger than the best of me.

I've been feeling really lonely, with nobody to sit down and talk, vent, and maybe brainstorm with to find a solution to my personal crisis which, contrary the one currently advertised on the Media, is very real. I don't really have friends here that would sit down with me in a quiet atmosphere just to listen to me, and then share from the heart. The few friends I've made here all have their own turmoil, because they're all immigrants, too. The kids from Couchsurfing are not the talking kind; they're just folks to have a drink and laugh at nonsense with into the night. Then there's Jose's friends, who aren't really looking at me as a person with feelings and emotional blocks, after ten months being supported by their old friend. The Osho Zen Tarot is always an incredibly magical experience every time I check in with it--always the most comforting, the sweetest and the best feeling message for me regarding this issue. But then I check in on Infojobs.net, and absolutely everything advertised there is beyond my reach.

No, not really everything. I've candidated for some job vacancies. Me, and other 220+ candidates. That probably speak "native" Spanish and have a dozen more languages and specialization courses than I do.

The feeling of being useless is awful. I can't help looking back and thinking what an idiot I was to invest all my youth emancipating myself emotionally, while the other kids were building an ab-fab resume and dressing sharp.

This makes me feel like the ultimate loser to admit, but it's probably a reason I should touch the giant soap bubble and pop it: For ten years now, I've been working with text. Portuguese and English languages. That's what I've trained myself to do, to excellence. It's the only thing I do that has earned compliments, the only job I had that actually gave me anything of money, the closest I've ever been to supporting myself. And here I am, in a reality where none of this that I can, should and want to do are valued.

Portuguese in the business world is a split language. You've got the super-pure thing that's spoken in Portugal, Spain's underdeveloped neighbour who imports everything from it, and then you've got the modified gob that I was raised with in Brazil. Heaps of Brazilians in the market, albeit no actual professional interest in the language of Brazil, and in Portugal everybody detests our flavour to the language. Jobs that require Portuguese language always specify "Brasileños, no" (and not just translating, copy-desking, writing or communication gigs, but pretty much everything else).

Spain is fraught with US American kids trying to get a degree in Europe and travel cheaper in the Summer, and they all teach English and do everything I've filled a resume with for a living here (with much less pleasure). They're the English-speaking "natives". I'm nobody to compete in this race.

I want guidance, and I've been learning that guidance is my feelings, my Emotional Guidance System. It says I should do what feels good. But I have no credentials, preparation or reputation to do what feels good in this country of super-serious, seriously concerned people, concerning anything I love to do. Which is basically language and Music.

I'll probably manage this all by myself, as I've always have, but I can't help being amazed at how cursed my professional life seems to be, wherever I am. In Rio, no jobs whatsoever. In Madrid, no qualifications in me.

How do I fix this, for once and for good? I've realised with Saturn's Return that my main deficiency in life is my professional situation, and I want to balance that pie chart.

it seems that we are all engulfed in something new. Maybe it's not as dangerous as we think.

Wow! How many times have I found myself in your situation. Moving to a far off land and seeking employment, alone. Well, through chaos comes order - or necessity. All this will pass and like a television show, it will work itself out in the end. You'll find work, I am sure. The time/place just has not revieled itself yet. Then again, there is always prostitution...(j/k!)