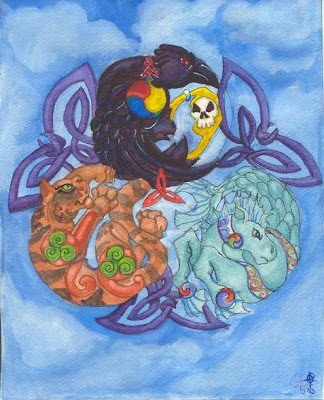 Dr. Overtone has taught me to experience the Beat from walking. Each foot landing on the ground is a beat, and on the average human walking we learn to count like Baroque masters did: tempo 92. Because we use two feet, have a symmetrical body, and the ego functions on duality, the most immediate way to accentuate the beats is Duple Meter. In most of the Western world kids are lucky enough to study Music at school, and Doc says they all learn at the band that left foot is one, right foot is two. Doo-day, doo-day, doo-day and so begins the magic of Time Manipulation, embellished with variations of sound and gaps of silence.

Duple meter is natural. It's the music that moves wild crowds, and that uniformises men in uniforms as they drill in perfect synchronization, the beat that makes men and women who have nothing in common feel a sense of belonging to an abstract and unrealistic creation such as a "country". One foot and then the other creates Order. Doo-day is the template for national anthems, for rebellious chanting, for bulding up rage, lust and other basic functions of mind and movement.

But then Doc taught me something else. Add another weak beat before counting Doo again. Left, right, left, and Doo when right hits the floor. Doo-da-dee, doo-da-dee, doo-da-dee. Now one transcends the reality of the body, has reached for a level of understanding that isn't contained in the bicameral mind. One has been unfolded beyond one's own nature in a sense, so if duple meter is natural, triple is supernatural.

If two is order, three is subversive. Triple meter is the gateway to Spirit, the root of medieval religious music, of spaces created to stir love where love needed to be tamed. In three come the Gods of Faerie, and triune is the shining God hidden within the heavy, cold and unfriendly stone walls built ten centuries ago.

The Time element is definetely associated with the Three all over the world. The Norns, the Hours, the three parts of a well-told story. The Holy Trinity; The Twins and The Mother; the Oak King, the Holly King and Mother Earth. The Welsh Triads; Iron Age/Middle Ages/Modern Age; before, breakthrough and after. It takes three to manipulate Time. For a long time, we've known the secret--that the secret is in Time.

I'll have to get back to you on 5/4 and 7/4. I've begun trying them out just today, and loved the intoxication they produced.

Very astute. 4/4 and its many subdivisions strikes me as the four-square, four-corner layout of civilization. It's architecture, business, shopping, our bank accounts and motherboards.

3/4, as you said, is both subversive and spiritual. It's an insistent tug onward. Rivers run in 3/4 time. It's aesthetically impossible to end a composition in 3/4 on the third beat. You must end it on the first beat of the next measure, acknowledging an implicit momentum, an intimation of infinity.