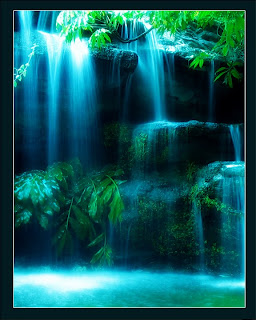 Beth Nielsen Chapman had it totally right in her singing: solid rocks are made of sand and water. Sand and water, and a million years gone by.

Time has the power to harden things, even things whose (healthy) nature aren't hard. Like ideas. Or relationships. But most especially, feelings. And I've been allowing myself to harbour too many of these watery creatures turned to icy stone over a long time without movement, expression or connection. Or even the warm light of a compassionate consciousness.

Almost three years later, I'm still trying to sort through my feelings and understand all the changes that moving to Spain has produced in me. My relationships became so different that I had to transform at lightspeed to catch up with the new beat, and as a result I had to let go of many of my old relationships that otherwise could have survived in this Internet age. I've had gains, and I've learned a lot. Plus, things change, and people and situations come and go, so I'm perfectly fine with that. However, no one can truly change at lightspeed in a gentle process involving consciousness, compassion and true learning. So, in order to not miss this huge opportunity of living in what is in many ways a safer environment, I've shrunk and de-volved to an egg, emotionally. With all sorts of unsorted shit I absorbed in the impact and just collected involuntarily in order to not skip a single beat. I did hit the ground dancing.

Such a faraway landing without healthy roots in the point of departure creates an uncontrollable need for new relationships, especially in those of us with an existential gravity center in the Heart chakra. So, in order to connect, I've taken just too much shit from others: my new family, wannabe "friends" and professional relationships. We all do, but when you're still learning to get back on your feet, any extra weight is too demanding. Traditionally, my strategy in times of great difficulty, as I learned maybe a bit too late in life, but still on time to avoid greater damage, is to turn my awareness off, and switch to autopilot. That might do for many areas of one's life, but certainly not for the feelings. The emotional Self is always awake, and if not taken care of, or listened to, will become harder than its healthy nature allows it to.

Last Saturday I had my last class on an Assertiveness course that led me through three day-long Saturdays of discussion, role playing, analysis, cathartic dancing and deep reflection. I signed up because I wanted just not to let grumpy, arrogant old farts stomp on my head at work, and I came out with fresh understanding of my emotional reality, one I never really had, despite a whole adolescence as a psychology geek.

I live in a culture now where every human interaction is based on abuse. This is shocking to me everytime I admit it to myself, and this is nothing I could ever prepared myself to, ever. I still don't know how I am going to manage, but I'm clear now: as I grow older and expand my territory, I need more fluidity. For my vocal expression, for my identity and for my emotional being.

I am not going to bear with people's agressiveness and hipocrisy. Productive relationships do not require that.

And I'm ready to let go.