Gods for a day 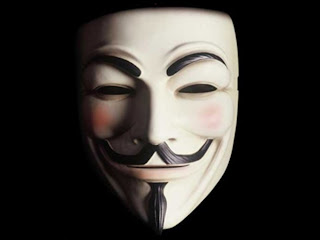 I reckon that the only thing Nietzsche, Bugs Bunny, Julia Cameron, Abraham, my reverse role-models, a shitty childhood, meditation practice and the Crossroads have in common is that they all taught me again and again that the Power is in the decision you make, or pass. Or miss. We are all well-equipped to thrive and expand in life, there is no reason to feel oppressed at all, at least in most cases. But in a culture like the one we live in, we need constant and regular reminders of that if we are to fulfill our potential and break free for real. And this is why joining the Global Revolution on October 15th was such an exhilarating experience.


I walked with neighbours and friends for over five hours to the city center. I joined LGTB activists and chanted about union and revolution on a megaphone covered in Pride flag stickers. I hugged strangers. I felt a cute guy's ass. I starved. I eventually sat exhausted on the cobblestone ground at the very centre of the Iberian Peninsula. And that made one of the highlights of my life.


On that day, yesterday as of this writing, countless common men and women left home and took the streets, wherever they lived. They chanted about justice and freedom, they spoke for themselves, and stated that nobody spoke for them. They walked in Beauty, and Love. It was something I had never seen before. And there is just no justice words and storytelling can do to that first-hand experience of self-transcendence.


One degree in Journalism and all these years of life experience have not helped. I am still slightly amused and seriously outraged at the way media and haters tell the story. They make one car set on fire by some problem child the whole of what there is to hundreds of thousands of people vibrating on the clear frequency of Love in unison. They make us look like haters, victim-complexed and whiners, when in actuality we are just the opposite.


We were not merely protesting. We were definetely not hating. We were affirming to each other (and to the short-sighted liars chickening on the top of this slaughterous pyramid) our manifested Power, our glory when we come together for the sublime purpose of co-creating, and our total absence of fear. In a state like this, sharing a such a beautiful moment with millions worldwide, we were coming together as more than people. We were purely divine.


Nobody knows where this is going, because there is no Yellow Brick Road to tread. We are not following somebody else's agenda. Real Democracy Now is an horizontal and very organic movement that has swept over all of the planet by now. There are still lands untouched, but that will not last long. I hear occasional cries of doubt among friends who are supportive of the movement and its ideals. And I have only one thing to tell them: whatever comes next, it is up to us only. The "system" is not an alien entity stronger and more resolute than you and me. The system is all of us together, assenting or dissenting, making decisions, or passing them. Or missing.