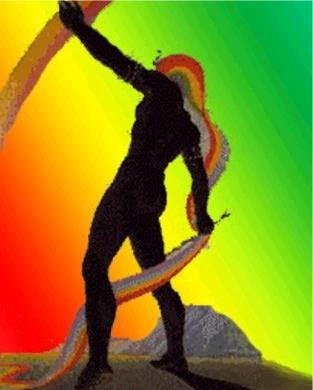 I have noticed this blog has been silent these days, and I haven't done much to change it. I've had just too many stories to tell, but given that Tribe.net, where this blog haa its primary residence, is basically dead, and since I've been totally immersed and fed exclusively by the Couchsurfing community, I haven't really wanted to change the circumstances. I've just decided to allow them to teach me whatever I needed to learn, and give me a story to tell that's more than just narrative.

When I joined Couchsurfing, all my friends who were on both websites were telling me that Couchsurfing was Tribe.net's next step. Not what I found, not so. After an intense Winter of activities with people from all over the world that included cuisine, travelling, explorations, teaching and sharing, creative group work, and sex, I can say that while it's true that both are two sides of the same coin, while Couchsurfing is about bringing the connection onto Meatspace, Tribe.net is about preserving the intimacy and profound spiritual surrender that an experience shared only intellectually/emotionally, such as a blog followed regularly, can grant.

I've taken kids from several countries visiting Madrid for walking tours and to my gay yoga'n meditation group. I've shared a kitchen and prepared brilliant food collectively with others. I've also been taken care of by "Internet acquaintances" when I was getting sick, and I've gotten laid with one guy I met there. While these things haven't happened with people in my Tribe's friends list, they certainly created a feeling of community and intimacy with people I met in my new home. Still, I can't find an appropriate time to discuss with them things I discuss so naturally here in my blog with these incredible people who read me, and leave me comments. Couchsurfing is a clean, silver mirror. Tribe.net is the black one, where I can gaze into the timeless wisdom of the Outter Space as it reflects my Inner landscapes.

As I've lived great adventures in the physical dimension of life with Courchsurfers, I've come to learn a lot about myself. About my resistances, about Relief, about my true skills, about my most sincere offerings. Probably as much as I've learnt by blogging, and certainly experienced just as much wonder as writing regularly. But connection isn't really complete.

So, I'm hoping that, even though Tribe.net is essentially dead, I'll be able to keep living my parallel life in the Dark Realms of Annwn, while remaining lord of Dyfed. One thing doesn't substitute the other. And the greatest blessings in life are showered on you while crossing the bridge between them.

You are eternally loved
by me my fine friend from
Spain....

I hope all is adventureous, and sane with you....

I can feel the love, and I respond with even more love, Jesse. We're connected. :)