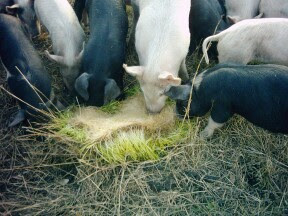 At this point of my life, with already a great deal of my identity figured out, much of my talents and personal weaknesses uncovered and a vision of what I want to do with my life pretty clear, I figure that the Red Thread's tossed me across the Ocean all by myself and partially language-deprived to force me to learn how to sort through levels of relationships. Specifically, to try to figure out how relationships and that mind-boggling 1+1=3 effect that you get more often than advisable for a predictable social life or the preservation of innocence.

I'm writing with a specific scene in mind, and while the topic of the writing is new, the scene itself is not. Yes, it's one of those meals with Jose's friends I'm still totally unused to and generally deprived of means to live through without feeling like an emotional mess afterwards. Last Saturday night, which is traditionally NOT my favourite part of the week, the topic was me. Me, overeating at the table; me, and the bad choice vegetarianism is; me and my tummy; me and how I am one of those people that love appearing on photos and everything else petty people love to talk about. I recall one of these cheesy posters with landscape backgrounds and pocket-wisdom sayings in cursive fonts that have always been pretty popular in Brazil from when I was a kid:

I can relate. And maybe due to seeing that poster so many times over and over, it probably sank in for good, and just staying in an environment where other people are the topic makes me sick. Being the topic is even worse. Let alone the little fluency in the language that frustrates a profoundly language-oriented person like myself. There were days when it used to be pretty simple. Back in my teens, when I was a loner, or in my early adulthood, when anytime I found myself in a freak show I simply phased out and moved on to swim in healthier waters. A frustrated coven, workmates, feri witchcraft, neighbourhood gossipers and--the ultimate crucible--extended family are people you can easily forward somewhere else you're precisely avoiding to be. Leaving money for your share of the bill, standing up and walking away used to be so easy.

In a good deal of not-so-recent, teenage, witchcraft-theme films, samples of the collective hysteria that a group in which relationships deeper than the intelligence of individuals comprised therein brews seem pretty much veracious and have been proven very much truthful and true in my own experience. And after a certain point in your life, when life becomes a little more complex, the risk is still present, but the on-off relationship switch ain't so close at hand.

It is possible that what makes people's irrationality looks worse and worse over time is the contrast you feel with your own level of (un)awareness(?) and sensitivy to your own Shadow, but I'm actually inclined to blame it on the 1+1=3 equation. When you take somebody else into your life and slowly begin to live life as two, you're necessarily bringing in whatever life they've lived so far. Bad luck it's a bunch of fossiles from the eighties, obsessed with looks, driven by the extremely old-fashioned perfect-body craze and heeding no spiritual callings whatsoever. Legacy. Dowry.

I'm pretty glad I've lived my own life before moving in up here, and I comprehend it's probably hard for him, too. Taking wonderstock again, I realise that too much of what I've been writing and musing about is actually the part of my life that used to not be my life. I might just as well use all my powers to deal with the new 'past' as I successfully did with my personal-individual one.