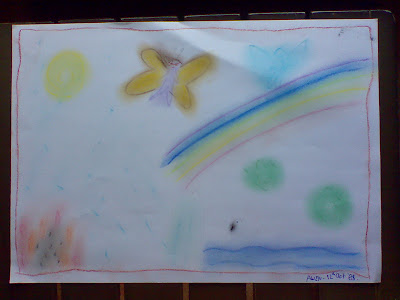 Yeah, it's been long. Since Oct 07th, I've written many half-entries to this blog that never made it to the Web. Regular readers of The Book of the Crossroads know all too well that such an extended period of silence usually means that nothing's progressing. I'm still stuck on Ice.

Truth is, the Grim Old Man of the Solar System back in the house he was when I was born is hard. I had heard many stories and songs about rethinking our role in the world, questioning our own merits and facing our direst needs with honesty before, yeah, but it's hard when you're actually the leading lady, and the opening night came without a rehearsal.

But I don't want to shut my eyes and wake up when I'm 35, either. Missing such a powerful opportunity as Saturn's Return is so not my style. I wanna ride this wave like I've been doing so far, with incredible nimbleness. I've got it all clear and, thanks to a bunch of research, mapped and outlined.

Water birds and frogs are creatures of two worlds, and that's what I've been for too long now. Awen and Ronaldo, recovering-creative and bread-winner, pagan storyteller and nobody special, leisure time queen and depressed slave-to-the-wage. Time's passed, and I neither got a respectable job like a handful of likely lads, neither died in misterious circumstances before my 28th birthday like Jim, Jimmy, Kurt and Janis. Now that I'm moving my focus from my wants to my necessities, I feel the need to integrate all my parts and function as a whole in a clever if not productive manner.

But I still don't have a clue how.

Image: following Jesse's suggestion, I put the drama on the page. Here one can easily see the current schizoid soap opera of my life.

"I feel the need to integrate all my parts and function as a whole in a clever if not productive manner."

I got married during my Saturn return, as did you. As a time of endings and new beginnings, it's a very auspicious time to be married.

You have classic symptoms of SR syndrome!
1. questioning the climb up the career ladder
2. feeling lonely, and alienated from the people around you
3. turning inward to examine who you really are and want out of life.

Artist/author Skye Alexander wrote, "The Saturn Return is every individual's search for the Holy Grail." She also quotes California astrologer Stephen Arroyo, "The quality of the entire experience and the extent to which it is felt to be a 'difficult' time depends entirely on how one has lived during the previous twenty-nine years." If you have been pursuing an unsuitable vocation or merely fulfilling someone else's expectations, Saturn can be relentless in prodding you to make adjustments.

So, congratulations!! Your full embrace of this period of your life is going to result in the opening of a treasure chest. Savor each gift and look at each opportunity from all sides. It's an exciting time in your life!

(oops, that sentence after Arroyo's quote are Skye Alexander's words not mind... should have continued the quote marks.)