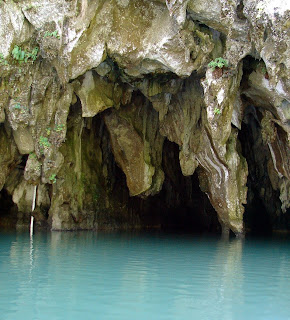 I'm currently praying for Resiliency. I've moved the world to find my path and shape, and I've let go of too much to heed the calling of my highest soul, and now I'm dreading losing everything (plus Time, but that's a common theme during this crazy phase I'm going through) and being stuck somewhere between naïve rebellion against moral standards and failure in finding the Holy Grail.

Today, I was finally going to work with my vocal coach again after one month away. Early in October, it was one of her advanced students who needed the lesson more than me, then the next week she was sick, then her mother was sick, on the following opportunity her mother died, then I had to respect my coach's right to grieve. Bye-bye, October. But tonight I had finally managed to book her to fix my musical instrument again. Then, I arrived in her studio and one of her advanced students was there, having a session with her during the time I had booked.

Shock prevented me from switching on to Bitch mode. Apologies, excuses and all the usual lines were pronounced, but I came home feeling devastated. I realise and admit that I overrate my training too much sometimes, yes, but I did give myself the right to feel (perhaps a bit over-)glad, and definetely expectant, that today I was finally going to work on my tessitura above middle G. Error.

My vocal coach is a mess. She's used to having no more than three or four classes a week, and currently she probably has twice that figure, and she apparently relies on students calling her the day before (or two or half an hour before) the lesson to confirm, book, unbook, rebook. Or just to shoot the breeze, because she answers her ever-ringing mobile during the classes.

I had decided I'd be a bit resistant with that policy on purpose. Dog people like her develop weird habits with different people. I knew if I called her two hours before every fucking lesson to confirm, I'd be a slave to that for my whole training. So I managed to go through a year and a half with her without playing that role quite well (despite constant disappointments). But this week, after a month without coaching, she relied on a call. I didn't call her, and when I arrived there I saw another tenor in my place.

Another mea-culpa in order here is that since yesterday my phone has had its battery uncharged. It was off for over 24 hours. I know I'm a mess with the mobile, too, but the same thing has happened before while I had my mobile on and available. She didn't call, I didn't call, and when I arrived there at the exact time I had booked her, I was suddenly invading somebody else's hour.

I don't know what to do with this situation. All I know this can't go on like this much longer, and I'm considering giving a couple of days to mull over this. Perhaps it's just drama I am creating where there isn't none. Perhaps she's abusive and disconsiderate. Especially in the light of the talk we had in September, when for the second time she clearly stated that she doesn't trust my talents and my skills. What's the use of investing in training with a teacher who doesn't have faith in her student?

I had a plan, and frankly it looked brilliant: next month I'm off to Brazil to visit family and friends, and in January I'm back in Madrid. Then, I'd call another teacher, a sufi musician whose lecture I watched last month and came home haunted by groundbreaking and very resonating ideas about voice, music and artistic expression. He teaches solfege, piano, voice, composition, many things, and apparently vibrates in the same frequency as Dr. Overtone. Upon returning to Spain, I'd take a couple of lessons with him, and then decide which way I'd be going. But I'd take lessons with my current coach until it was time to fly to Brazil and take a much needed break from Music and all the anxiety I very disgracefully have been associating with it.

Another alternative is a German vocal coach living in Madrid who is a retired concert soloist. I got her number in my first month in Madrid, never called but never threw the tiny piece of paper out, either.

I still don't know, but contrary to the current old-age paranoia, I have time to cool down, trust my intuition beyond mind-games and hurt-feelings, and listen to where the way leads to by the sound of the flowing waters beneath my feet.

This reminds me that no matter how hard the Ice Age castigates the land, deep in the Earth's core there will always be warmth. And Grace.

I'll dream it tonight, and MP it in the morning. Again, all shall be well.

did you get the e-mail?