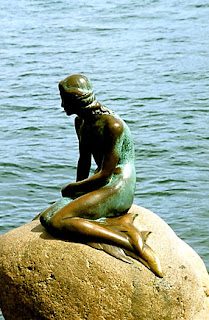 I'm very disappointed with my boyfriend. I'm on the verge of losing my current job due to my irregular situation here at the company and in this country, and frankly he proves time after time that he's a loser who bends his knees to the Vatican every single day we live together.
When I accepted this job, I agreed that I would regularize my laboral and residence situation here in Spain as soon as possible, because I was convinced Jose would agree to at least marry me. I say "at least" because after everything I have gone through to be here with him, the next logical step (a bit too late, but still on time) would be him showing some decision for the first time and legitimating our status as an actual couple and giving me the right to stand on my own two feet.
Very fortunately, Spain is one of the unique countries in this doomed world where gays have the same rights as straight citizens, and we have all circumstances from all sides showing us that marriage is all we need. For my job, for travelling, for visitting my friends in Sampa. Stuff I used to have, and left behind in order to be with him. And last time I approached the subject with him, he put the decision in his family's hands. What made me cross the Equator and the Atlantic was a man. I come here to find time and time again a catholic schoolboy who has never lived alone before and wants to be 18 forever. What's wrong with his generation??
I obviously don't mean wearing a peinera or a white gown with a long tail or do the bouquet thing, but I'm talking about the next natural step in order to take this relationship to a higher ground and a more fulfilling and solid constitution. Maturity. Something Jose deep inside abhors.
When I mention all the difficulties I have living here, he says I shouldn't be afraid because he can pay the bills, that I won't go hungry, homeless or deprived. That I can depend on him. But there's a whole universe more to life than relying on your boyfriend's money.
It's precisely because I certainly understand I cannot deposit on Jose my needs or expectations that I need him to help me up to the next step. So far, I got all I have here alone (or rather, with some incredible help from my father): the flight ticket, the job, the monthly international bank transfers in which I lose 20% of the money I make on fees and taxes, a tiny but promising social circle. Now is the time, for the first time, to get to do something as a couple, so that I'm at least entitled to go after some actual language tuition, the right to come and go and minimum professional stability.
I simply can't understand how small a person's mind can be in order to not understand this after eight months living together. We don't have a mortgage to pay, or kids to send to University. We should be living big. Frankly, I am not making any other sacrifices for this relationship, in part because I don't have anything else left to be sacrificed, but also because it takes two to tango. And when we went to Buenos Aires to celebrate our first year together, we couldn't tango. He was arguing and putting out sarcasm shows the whole lesson.
This morning on my Morning Pages, I reminisced the first movie we saw together that both of us enjoyed (the other one was "Earth"), "Pan's Labyrinth"/"El Laberinto del Fauno". The most impressive aspect of the experience is that we saw completely different films that December evening. Jose saw a schizophrenic small child, afraid of the terror adults imposed on her. I saw a warrior tale of a brave runaway coming back home, retrieving her royal and real conditions and dying away to a world of death, famine, fear, abuse and illusion as she gained freedom and moved on to her actual life.
Figures. The silver screen is but a mirror, and after a whole life of storytellings, I know I can't deny the power of stories to shred illusions and embrace Life. He's right when he accuses me of living in Fantasy. Isn't Fantasy another way to bail through the tides of Illusion and reach out for the Truth? He wouldn't be able to speak the truth straight--never have. He's the master and the slave of Sarcasm.
There's only many ways to tell the Truth, and I don't share one with the 38-year-old catholic schoolboy.
Image: the Little Mermaid, Andersen's hero who leaves her royal condition behind, deprives herself of her voice, gives back her swimming tail and ends up being unable to stand on her legs, all in order to be with somebody who in the end had never been with her. A lonely creature of the Crossroads.