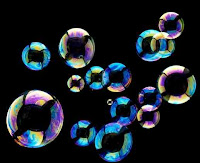 I've uploaded a very brief footage captured with my mobile of the performance yesterday. The song is incomplete, the pianist screwed big time and the audio sucks (not to mention the video quality!), but at least it's online, to prove I've done it. I'm so proud I've got something to show! :)

It's also on my Tribe.net profile. Thanks for being up there with me, gang!

One for our home 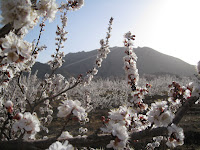 From the creator of "The Secret", Rhonda Byrne:

"Every good thought, every good word, every good emotion, and every act of kindness, is lifting the vibration of your being to new heights. And as you begin to raise your vibration, a new life and a new world will reveal itself to you.

There is no limit to how high you can increase your vibration, because there is no limit to the good thoughts you can think, or the good words you can speak, or the acts of kindness that you can do. Other than transforming your own life through lifting your vibration, you lift others' lives too. The positive vibration of your energy emanates out like a stone thrown into water, touching our planet and every living thing on it. As you rise higher, you take the world with you.

The Secret Team has created a gift for you. This clip features our beautiful Planet Earth. As you experience this clip you will emit positive forces of energy across Planet Earth that will reach every single living thing on it. You will lift yourself, and as you lift yourself, you lift the entire world.

The magnificent music was composed and graciously gifted for this clip by composer Jo Blankenburg.

From The Secret to you, here is Planet Earth - our home.

May the joy be with you, 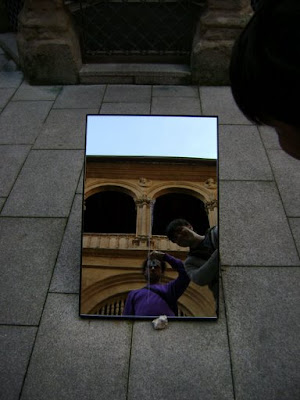 Especially for us who grew up in the Fun House, size is a matter of time. It's a little tricky, even more when you're in a new group and you're expected to form bonds of some kind. For some reason, I'm prone to going way too fast in opening my heart, embarassing as it is to admit (and even more to BE), and very slow in finding my true size within groups with people of different sizes. A matter of adjusting. Therefore, potentially not so simple and definetely not so quick to learn.

Last night, I joined a Gestalt therapy group for gay men born from within my yoga and meditation group. My very first group therapy experience ever, and my first profound community experience in a considerable time and another language. In a situation like this, the ancient voices of trainings and conditionings rise their volumes higher than the size you currently believe you have. I've been spending a day and two nights now worried about things I might have said or not said, how I might have performed, and, of course, what the guys there think about me now. Basically, quests for the Fun House mirrors of my childhood.

"They are many, you are only one." For adults back then, wisdom and truth was a matter of quantity, you see. "You need them, they don't need you." And seeking to be part of the larger quantity was the purpose, spice and meaning of life. "You have to please them." Yes, they DID say that in these exact words, but in Portuguese.

In perfect harmony with Natural and Universal Laws, that evening we had a trance journey to visit a statue that was us, become that statue and then learn and absorb lessons from them. As I shifted back to flesh and bones, my statue had given me the blessings of growing in size, deep peace and a veil of water all over as an non-oversized protection.

Then again, it all comes down to time. You're usually growing larger all the time, you just cannot see it because the nature of growth is going big then smaller, then big again and then a little bit smaller, and so on until you're big for good. When you're not growing, something is out of Order.

If you can't believe that, fake you are a Giant. If all you know is the Fun House, then just look for the swimsuit shop mirror, not the rearview.

For the Order, the good guys back in the Fun House and the Giant in all of us, here's Melissa Etheridge's groovy theme "Giant" serving as the Red Thread for so many heroes, giants, jerks and distorted mirrors:

Image: My fiancee and me on a mirror somewhere in Salamanca. March '08.

Away With The Faeries 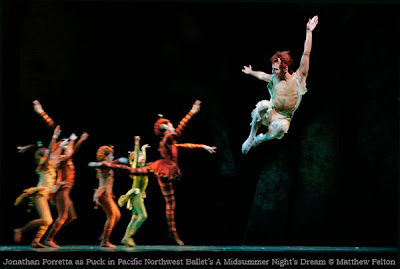 I am on the verge of Midsummer. Now is the time when the Sun King sacrifices Him Self at the apex of His power and gives way for Auberon's retinue to teach lessons the Trickster way. Good times; and, as experience might have taught you as it's taught me, the best time of the year for culling.

Today I've let go of one of the choirs I've been involved with. I joined this choir last September, following an ad at the municipality's musical library requesting tenors for a young people's choir. Truth is that I've been really uncomfortable in there for the whole year. Sexism, classism, arrogance, veiled discrimination against me for being a Latin American gay living in a working class district, and scandalous hipocrisy. As any Brazilian person is highly trained to, I simply shut my eyes and denied the atmosphere. I refused to recognise severe disrespectful actions of many kinds for several reasons: I was new in town and desperate to hang out with my own people, developping my own social circle and not relying on Jose's; I wanted to continue practicing my favourite art form and maybe get heads-up for coaches, recitals and local movidas; I knew the best way to learn fast the language was coexisting regularly with natives who couldn't speak Portuguese.

But since the other choir last month, when I was given the solo and rediscovered the joy of singing free from anxieties and OCD, enjoying the best about being an amateur, I knew I wouldn't fit this choir anymore. So I resisted almost two months of very boring rehearsals, early-morning Saturday sessions, awful singers getting laurels because they fitted the director's delirious fantasy of "good" choral performance (that really doesn't exist except for maybe in the newest CDs produced with hundreds of audio softwares on the recorded voices).

This morning, I decided to "cut the string that makes the hammer strike", as John Dowland used to sing centuries ago, and step out into the mushroom circle. The talk with the director was excellent and very honest, and I did wonderfully. I was very respectful, almost didn't stutter, thanked him for all the great help he gave me when I began in his choir and said that I planned to come back when I was good enough for them, bringing with me the scores of Brazilian music I still have in my parents' house whenever I went back home for a visit. He said the door will always be open for me, and I was relieved that I at least left on good terms.

Having a good time is the whole point in all of this. Everything less than a good time is a suspicious sign and Midsummer is the messenger of letting-go.

Image: Puck. I've never been too good in saying no to him. 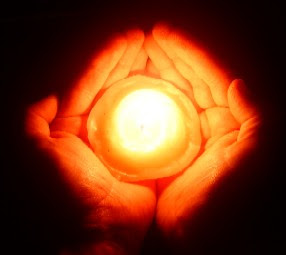 My performance was of course less than brilliant, but I'm really proud for certain reasons: I earnt it with hard work, my voice or technique didn't falter before the audience, and finally, I gave my very best given all the circumstances. I was shrouded in encouragement and inundated by support from all sides. The audience--mostly our own friends, families and significant others--loved to bits, and applauded standing up.

I had a good time, and actually enjoyed myself.

In the end, people in the church would say "¡Felicidades!" or "¡Enhorabuena!" to me. I felt a little bad for not really deserving so much appreciation to be honest, but I do realise I now have a choice, like I always do: I either commit to improve and bet even more on the faerietale, or I give up for good.

Since creative accomplishment is a spiritual pathway, I pray for Faith now.