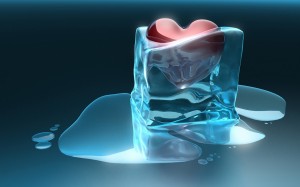 Last night he wrote, asking me for money. "Donation" was his word of choice.

I called him. He explained. In legitimate self-defense, I used his strategy and became ice. I wished him goodnight, hung up, went back to bed. He called within the next second. From there, conversation couldn't be anything healthy, so I just braced myself. We've been in this for months now. And the inevitable happened. From ice, I became FIRE.

I said all I wanted. I vented. My rage and anger and resentment all came out, whether it was all necessary or not. Helpful or not. Wise or not. I just didn't care. I don't remember who hung up, but I felt terribly bad afterwards, like I was too cruel to him. After all, I love him. So I called him back. Drama, baby, I was apparently thirsty and insatiable for it.

"Was I too harsh with you?"

Third time is a charm, so conversation was better this time. But he progressively showed his true colours: narcissistic, inconsiderate, cruel. I felt even worse for ever feeling bad for him, and I hung up.

I wanted to call him again tonight, but I didn't. I learned my lesson last night, and I came to write instead. From fire, I became water.

Eventually I will learn to thaw from ice to water without having to burn in flames in the process.

EFFECTIVE AND POWERFUL LOVE SPELL CASTER AND LOTTERY SPELL 2019 GBOJIESPIRITUALTEMPLE@GMAIL.COM OR WHATSAPP HIM :+2349066410185

I Want to use this great time to thank DR gbojie for helping me reunite my broken relationship, i never believed on spell or magic till a friend of mine introduce DR gbojie website and i check the website and read all his service and contacted him on his email : gbojiespiritualtemple@gmail.com and ask him for help to help me bring back my lover who left me for anorther girl 6 months ago and a lottery winning spell and told me never to worry that he will help me with his powerful spell and he told me the procedure to follow and i did as he said after 2 days my boyfriend came back to me begging me to forgive him that everything he did to me was not his faul that he was under a spell that i should accept him back as my boyfriend and this was all i have been waiting for. if you need any spell help contact gbojiespiritualtemple@gmail.com or gbojiespiritualtemple@yahoo.com or check out his website : http://gbojiespiritualtemple.website2.me contact him on whatsApp +2349066410185 https://powerfulbestspellcaster.blogspot.com/2019/02/effective-and-power-spell-caster-2019.html , facebook page : https://web.facebook.com/Love-spell-and-spiritual-healing-367345627164364/

Hello everyone my name is Sophie,i am from Canada I feel very happy to share my great and wonderful testimony with everyone on this platform..: I was married for 4 years to my husband and all of a sudden another woman came into the picture he started hating me and he was abusive and all because i never bear him a child. but i still loved him with all my heart and wanted him at all cost.... He filed for divorce and my whole life was turning apart and i didn't know what to do, he moved out of the house and abandoned me all alone,one day a very close friend of mine told me about trying spiritual means to get my husband back,so i went online to search and i came across so many spell caster who only wasted my time and took a lot of money from me,but i went back to her and told her that spiritual way has only taking my money and not yielding anything, and she  introduced me to a spell caster,drgurulovespelltemple@yahoo.com, so i decided to try it. although i didn't believe in all those things because of what i have gone through lately,i contacted the Doctor and explain all my problems to him and he told me that i shouldn't worry that when he cast the spell on me and my husband that my husband is going to run back to me and that within 3weeks am going to get pregnant,so i did the little he ask me to do and behold it all work out,my husband run back to me and right now we have Twins boy and a girl,so all thanks to Dr Guru you're indeed a great spell caster, in case anyone needs help here is his email address; drgurulovespelltemple@yahoo.com His spells is for a better life OR whatsapp him now +2349023365076

It's a privilege to share this miraculous testimony to the world. I'm Beth Walters from England. My husband divorced me 4 months back and I have been filled with remorse for I didn't know what to do to amend issues with my husband. I searched for help on the internet on how I could get help in my marriage and I discovered great testifiers about WEALTHY LOVE SPELL who has been progressive with his spells. I got in touch with him and behold, Dr.Wealthy told me that he will prepare a spell for me that will bring back my husband. I was skeptical but I had no other option but to work with him. 2 days later, my husband called me that he's coming back home and from that day till this moment, we have been living peacefully. He is back now with so much love and caring. today i am glad to let you all know that this spell caster has the power to bring lovers back and the most surprising thing is that our love is very strong now, every day is happiness and joy. and There is nothing like being with the man you love. I will highly recommend Dr.Wealthy  to anyone one out there who needs help whatsoever. If you have any problem contact Dr.Wealthy, i give you 100% guarantee that he will help you!!.

How I Got My Husband back... Am so excited to share my testimony of a spell caster who brought my husband back to me. My husband and I have been married for about 6 years now. We were happily married with two kids, a boy and a girl. 3 months ago, I started to notice some strange behavior from him and a few weeks later I found out that my husband is seeing someone else. He started coming home late from work, he hardly cared about me or the kids anymore, Sometimes he goes out and doesn't even come back home for about 2-3 days. I did all I could to rectify this problem but all to no avail. I became very worried and needed help. As I was browsing through the Internet one day, I came across a website that suggested that Dr.Odu adebayo can help solve marital problems, restore broken relationships and so on. So, I felt I should give him a try. I contacted(WhatsApp) him and told him my problems and he told me what to do and I did it and he did a spell for me. 48 hours later, my husband came to me and apologized for the wrongs he did and promised never to do it again. Ever since then, everything has returned back to normal. My family are living together happily again.. All thanks to Dr.odu adebayo If you have any problem contact him and I guarantee you that he will help you. He will not disappoint you. you can WhatsApp him(+2347055287754)or Email him at : poweroflovespell@gmail.com.